Food manufacturer 2 Sisters Food Group has been fined a total of £274,000 after two workers sustained hand injuries at its poultry factory in Flixton, Suffolk.

The incidents happened in the evisceration room, where about 200 birds a minute are processed on a shackle line, which hoists up the carcasses into a vertical position. Romas Ciurlionis, who is originally from Lithuania, had been shown how to remove intestines from carcasses for the first time in March 2016. One hour into his shift on 26 March, his thumb became trapped in the moving shackle line. He was pulled away from the emergency stop cord and his thumb was severed when it moved past a fixed gate.

The Health and Safety Executive (HSE) found that 2 Sisters had failed to ensure that measures were in place to mitigate the consequences of a worker becoming entrapped in a shackle.
The company pleaded guilty to breaching reg 11 of the Provision and Use of Work Equipment Regulations, which covers dangerous parts of machinery. It was fined £200,000 and ordered to pay costs of £4,032.

Six months after the accident involving Ciurlionis, another employee was injured on the same machine.

On 23 August engineer Darren Hamilton was in the evisceration room, in an area where the power should have been isolated before he began cleaning the machinery.   His finger became trapped in the shackle line that was still running and was severed after he was unable to activate the emergency stop. In this instance, the HSE said the safe system of work was not being followed as the machine had not been isolated.

After the hearing at Colchester Magistrates’ Court, HSE inspector Saffron Turnell, said: “These incidents could so easily have been avoided had appropriate controls been in place.” 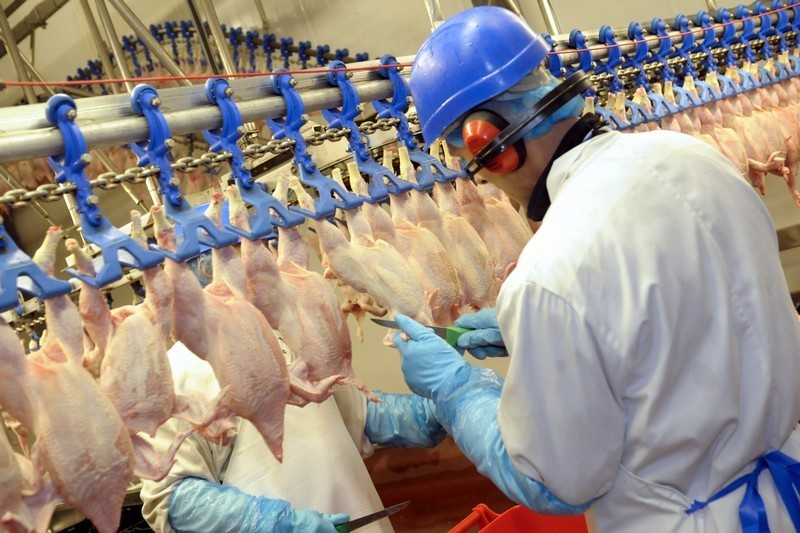