A food manufacturer has been fined £40,000 after a worker sustained serious injuries when the sleeve of his overcoat was caught in a large industrial food mixer.

The machine was fitted with an interlock bowl guard to prevent access to its rotating mixing arm but it had been deliberately overridden, the Health and Safety Executive (HSE) investigation found.

The worker’s injuries included broken ribs, a collapsed lung, and a large blood clot under the armpit.

Kamkee Food, of Hamlet Court Road, Westcliff-on-Sea near Southend, was found guilty of breaching s 2 (1) of the Health and Safety at Work Act and reg 11(1) of the Provision and Use of Work Equipment Regulations 1998 at Westminster Magistrates’ Court.

HSE inspector Nicholas Wright said that the injuries, which had been sustained at the food manufacturer’s factory premises at Kingside Business Park in London on 13 February 2017, could have been avoided had Kamkee Food properly assessed the risk and applied effective control measures. 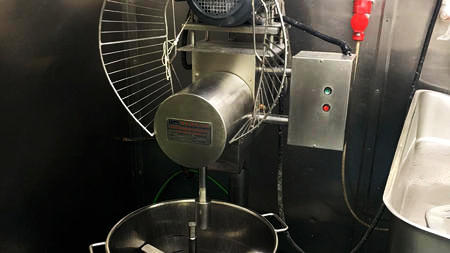