A waste operative for B&W Waste Management Services sustained third-degree burns when he was engulfed in a fireball created when a spark from a forklift truck ignited a cloud of gas from the canisters.
He was put in a medically-induced coma for ten days on a life-support machine, has undergone several operations, and relies on medication for nerve pain. The forklift driver was also burned. The two operatives were working inside the company’s warehouse at Twinwoods Business Park in Milton Ernest, Bedford when the explosion happened on 12 July 2016.

They had used the gas-operated forklift to tip plastic and metal drums filled with extremely flammable waste aerosol cans directly into the hopper-fed plastic shredder.
B&W acquired the plastic shredder in 2013. Prior to this, the workers used a sharp instrument to “pop” the aerosol spray cans and drain any liquid left inside before they were crushed and sold on as scrap metal. However, about ten months before the accident happened they started tipping the cans directly into the shredder to speed up the process because the crusher was often full.
McGill said: “The CCTV [closed-circuit television] footage shows a spark coming from the engine of the forklift and an explosion engulfing the two [workers] in a fireball. They both easily could have been killed. The gas canister on the back of the forklift potentially could have gone up and they were close to other highly flammable and hazardous materials.”

He added: “The fire caused some of the remaining aerosols to fly around the warehouse, which led to another fire in a waste skip.”

Andrew McGill, a Health and Safety Executive (HSE) inspector, said the canisters should not have been put into the shredder. “[The shredder] had no nitrogen blanket or suppression system and was not designed to process anything potentially flammable,” he said.
The HSE’s investigation found the company had not carried out DSEAR or COSHH risk assessments for this procedure and failed to suitably risk-assess the shredding operation.

The company pleaded guilty to breaching reg 6(1) of the Dangerous Substances and Explosive Atmospheres Regulations. It was fined and ordered to pay £11,603 costs. 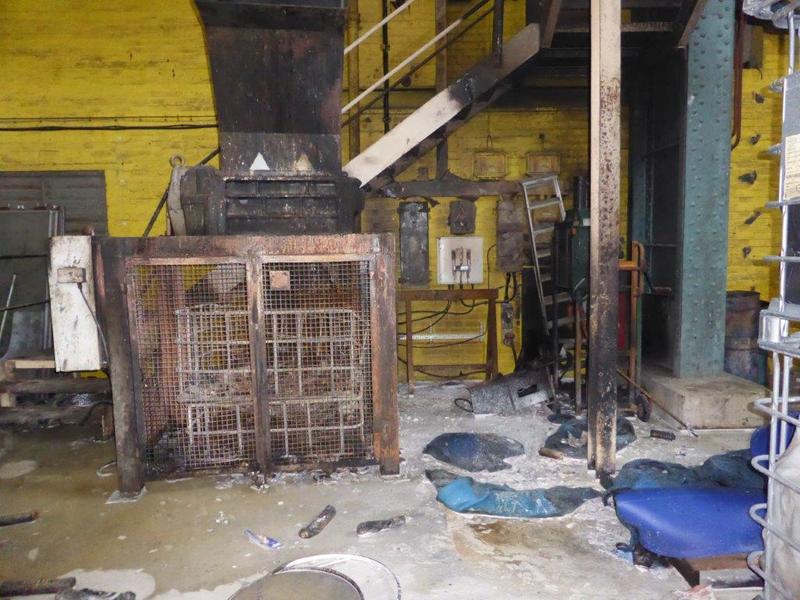